Medical Training Magazine is proud to announce a media partnership with the Virtual Reality and Healthcare Symposium 2018!

It's no surprise that VR is quickly becoming one of the primary ways for the medical community to train professionals without endangering real lives and VR Voice aims to bring out the best that VR has to offer. This conference features talks by experts in the industry, displays from some of the biggest names in the business and even live workshops to help you get the most out of your VR training.

Many companies might be unfamiliar with VR Voice, so we've created an FAQ format to help (as well as a special discount for MTM readers.)

Q. What is this symposium all about?

A. This will be our second annual VR and Healthcare symposium, expanding to two full days of lecture presentations, workshops, breakout sessions and exhibitors. Last June, VR Voice held the first dedicated conference on the east coast focused on the impact that virtual reality will have within healthcare at George Washington University.

In the fall of 2016, the company organized a 5-city virtual reality (VR) event tour to help give people their very first VR experience, and to better understand what's happening at a high level in the industry.

VR Voice feels that the best impact they can have on the industry and for individuals is to focus on key verticals where investment and development is its highest in VR today. Healthcare being a major priority.

The upcoming conference in March is being held at the Martin Conference Center at Harvard Medical School and is quickly moving toward being a landmark event for the VR and healthcare space in 2018. Both long established researchers and new ones will be attending, as well as many of the companies that are the first to commercialize the space.

Q. Who and what is VR Voice?

A. . VR Voice is a two year old content vertical and membership platform under Cool Blue Media. Cool Blue Media is an established media company in Washington, DC having started by organizing the first social media conference on the east coast in June 2009. They are well known for their print magazine and website: The Social Media Monthly. Cool Blue Media was founded by Robert Fine.

Q. Are there any special discounts to attend the conference as a Medical Training Magazine reader?

A. Yes! You can receive a 30% discount off registration by using promo code: mtm 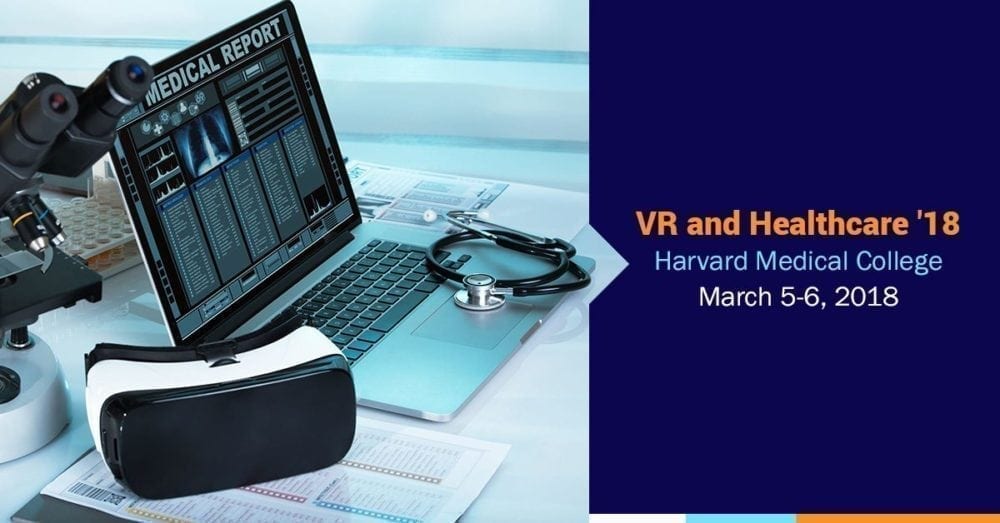