We use cookies to provide you with a better experience. By continuing to browse the site you are agreeing to our use of cookies in accordance with our Cookie Policy.
Home » Aviation Training Community Mourns Terry Hibler

Harland Terrell “Terry” Hibler, Director of Worldwide Airline Marketing with FlightSafety International for 28 years, slipped the surly bonds 3 May in New Jersey following a stroke several weeks earlier. He was 70.

“Terry will be sorely missed by all in the aviation industry. He always greeted you with a smile, professionalism, and a genuine interest in connecting with anyone he met. He was an icon in the training world,” said Kelly Murphy, Emerald Media and Director of Communications for Women in Aviation International. 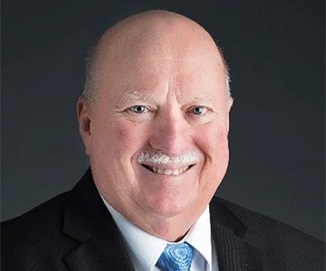 editation Board International, who served on numerous aviation training task forces and industry conference panels with Terry, remembers him as a “straight shooter” and “a good friend of everyone in aviation” with a keen vision for helping young aviators.

Hibler chaired the US Regional Air Cargo Carriers Association (RACCA) Associate Members Council for the past 15 years. RACCA termed his leadership as “robust and remarkably effective.”

During his pre-FlightSafety career as a corporate pilot, Terry held an Airline Transport Pilot certificate, type ratings on 16 different aircraft, and was a Certified Flight Instructor.

He was also a frequent speaker at Halldale’s World Aviation Training Summit (WATS) and an enthusiastic competitor in the WATS golf tournaments. “Terry was a great business partner and a friend; he always knew what he wanted and had the knack of making it a pleasure to work with him. Terry was one of life’s gentlemen and a great asset to the aviation community and to FlightSafety,” commented Halldale President Andy Smith.

Hibler served in the US Air Force as a loadmaster on C130 aircraft during the Vietnam War. He was active in Veteran Air Warriors, and in lieu of flowers donations in Terry’s memory can be made to https://veteranairwarriors.org/.

He is survived by his wife, Karen (Schlageter) Hibler, a daughter, numerous other family members and his loyal canine companion, Renny. Services were private.