A commentary by Naveed Kapadia on the economic hardships triggered by the pandemic and the need for a consistent, coordinated approach by governments and other stakeholders.

There have been wide reports of mass airline redundancies in recent weeks as the entire aviation industry goes through a severely turbulent time. These difficult times are the lag indicators of wider challenges upstream.

Airlines in Europe were beginning to show some signs of recovery, however fragile, when the virus numbers started to rise again. The steady traffic increase clearly stopped since 7 August and traffic is at ‐51.5% (7‐day rolling average) compared to 2019. 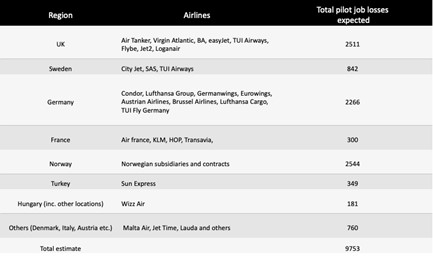 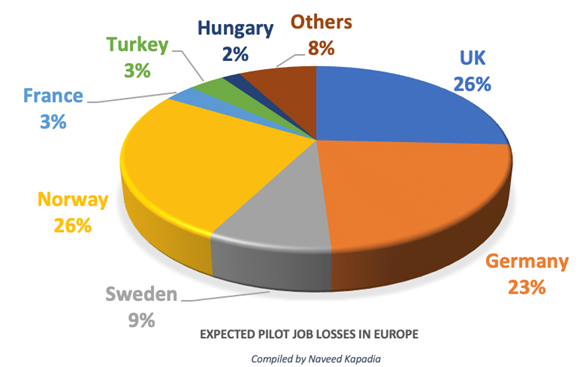 According to IATA, there is a lack of coordinated, coherent and science-based travel restrictions across Europe. Many of the restrictions imposed by the European countries are inconsistent with the principles laid out by the World Health Organisation (WHO) and the European Centre of Disease Prevention and Control (ECDC). Perhaps this is a reason why the confidence of the travelling public is low, and the airlines are struggling to maintain cash liquidity with a meaningful operation to support the recovery. It is no surprise, therefore, that the operations are beginning to scale back at pace. This is to the detriment of long-established and highly skilled people within the airline industry who may now have to pivot and look at creative ways to utilise their transferrable skills elsewhere.

For a report on why the time is right to develop the Flight Academy of the Future, check out Opportunity in Crisis.

“The European Aviation sector is urging EU/Schengen States and the UK to reconsider restrictions to travel that have been imposed between them – including quarantines. We fail to see any valid science-based and proportionate justification for such restrictions from a health policy perspective”, stated Airport Council International Europe (ACI Europe), Airlines for Europe (A4E) and the International Air Transport Association (IATA) in a letter to the heads of state of various European Union (including the UK) and Schengen countries. 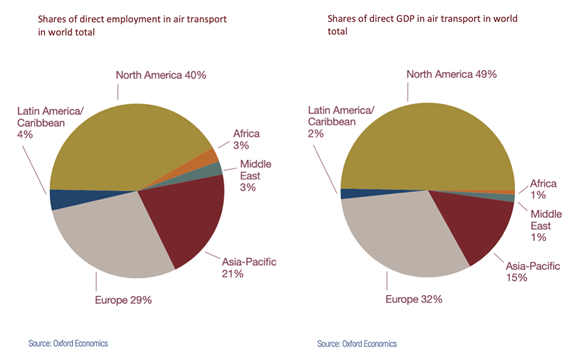 In 2016, 3.3% of all employment and 4.1% of all GDP in European countries was supported by air transport. This translated into 2.6 million direct aviation jobs and 12.2 million jobs by association and $823 billion in European economic activity.

Airlines are strapped for cash, announcing huge losses for Q1 and Q2, looking for government bailouts, struggling to reduce operational costs to survive, cancelling or delaying aircraft orders for future fleet modernisation plans and exiting well-established bases as demand is significantly inhibited. Airlines are making difficult decisions to right-size their operation for not only the current scenarios but also safeguarding the capability to scale up quickly, effectively and efficiently.

Some airlines had already been impacted by the grounding of the Boeing 737 MAX, pre-Covid, while others were already facing tough economic realities resulting in bankruptcies just before the pandemic struck. According to the revised Oliver Wyman Global fleet and MRO forecast, 2020-2030, the movement in and out of storage for aircraft paints a vivid picture of the scale of this global challenge:

As of 1 August, the number of grounded aeroplanes has fallen by a third, but load factors remain below optimum levels with the main reason of travel being to visit family or repatriate home from overseas. All-cargo flights remain stable and business aviation has started to show faster recovery signs.

Additionally, from a training perspective, almost every airline has to review the committed training hours to the simulator training providers and flight training organisations.

The latest projections by IATA and other credible institutions are in agreement that the 2019 passenger levels are unlikely to return until at least after 2024. Understandably, airlines are therefore in self-preservation mode to ensure that they not only fulfil their obligations to the stakeholders but also to the loyal employees. There will inevitably be some operators who will take advantage of the situation to push personal agendas and force unfavourable terms and conditions. Trade unions are working relentlessly to safeguard the interest of their members. This further adds to the uncertainty of the operations and recovery plan.

The aviation sector is not immune to geopolitical and socio-economic shocks and has shown remarkable resilience to bounce back. However, never before has the industry been exposed to the scale of this pandemic disruption. But there is hope. 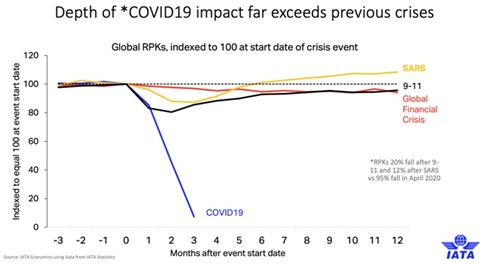 Although the year-on-year comparison is still low, the flow of traffic is showing signs of recovery, dominated by intra-Europe flow with more than 14,000 flights completed on 26 August. There was a 6% increase in flights to Asia/Pacific, 6% increase to the Middle East, but a 3% decrease across the North Atlantic. Flights to and from North Africa were buoyed by the opening of Morocco and Egypt, resulting in an increase of flights by 17%. Opening of Turkish routes resulted in a 14% increase to Eastern Europe.

Both Wizz Air and Ryanair have reported financial losses and are quick at pushing the return to capacity. Wizz has even been bullish in exploring growth opportunities not only in Europe but also the Middle East.

Korean Air has recently bucked the trend of loss-making airline Q1/Q2 financial results by posting an operating profit of $125 million in the three months to June by pivoting to cargo sales.

The European Network Operations Plan (NOP)-2020 Recovery Plan developed by EUROCONTROL NM (network management), which is updated weekly, projects peak-days traffic of about 20,000 flights during September – lower than previous forecasts for the period, reflecting changes in schedules triggered by new state restrictions, end of summer holiday, no restart of long‐haul flights, and huge uncertainty about business travels. This would represent 55% to 60% of the traffic during the similar period in 2019.

According to an analysis by EUROCONTROL in April, the Coordinated Measures Scenario envisaged a loss of 45% of flights (5 million) in 2020, while the Uncoordinated Measures Scenario would result in the loss of 57% of flights (6.2 million). The difference between the scenarios highlights that a common approach is vital to minimise the disruption and the total cost of the pandemic to the wider aviation ecosystem.

The number of flights for the first 26 days of August 2020 stabilized at 52% below 2019 levels and is currently in line with the EUROCONTROL traffic scenario of 24 April. (Coordinated Measures Scenario). 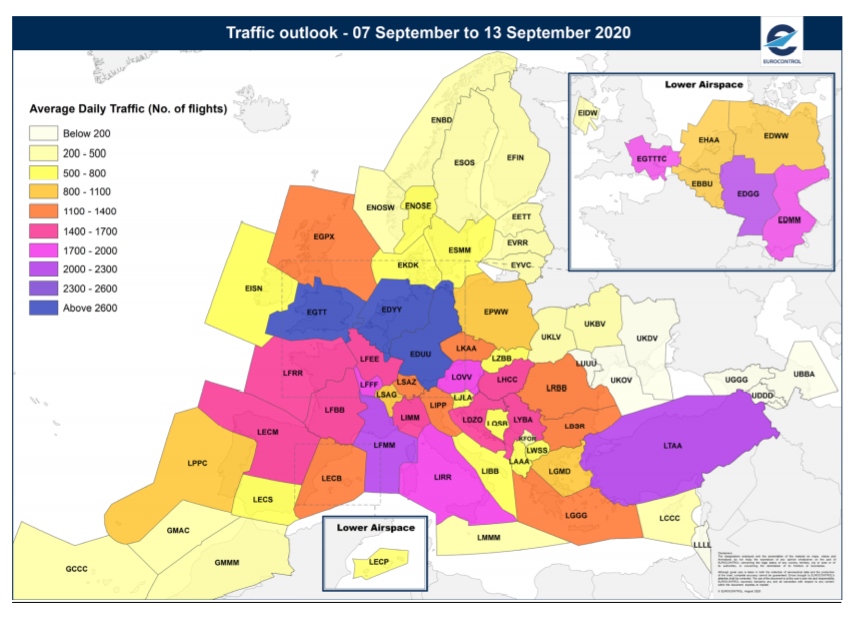 A globally coordinated, coherent and aligned response to the current crises is critical. Risk-based principles proportionate to the localised threat are needed rather than a blanket country ban. The benefit of a such actions will translate into a faster recovery and a dampening of the negative impact of Covid-19 on air traffic. 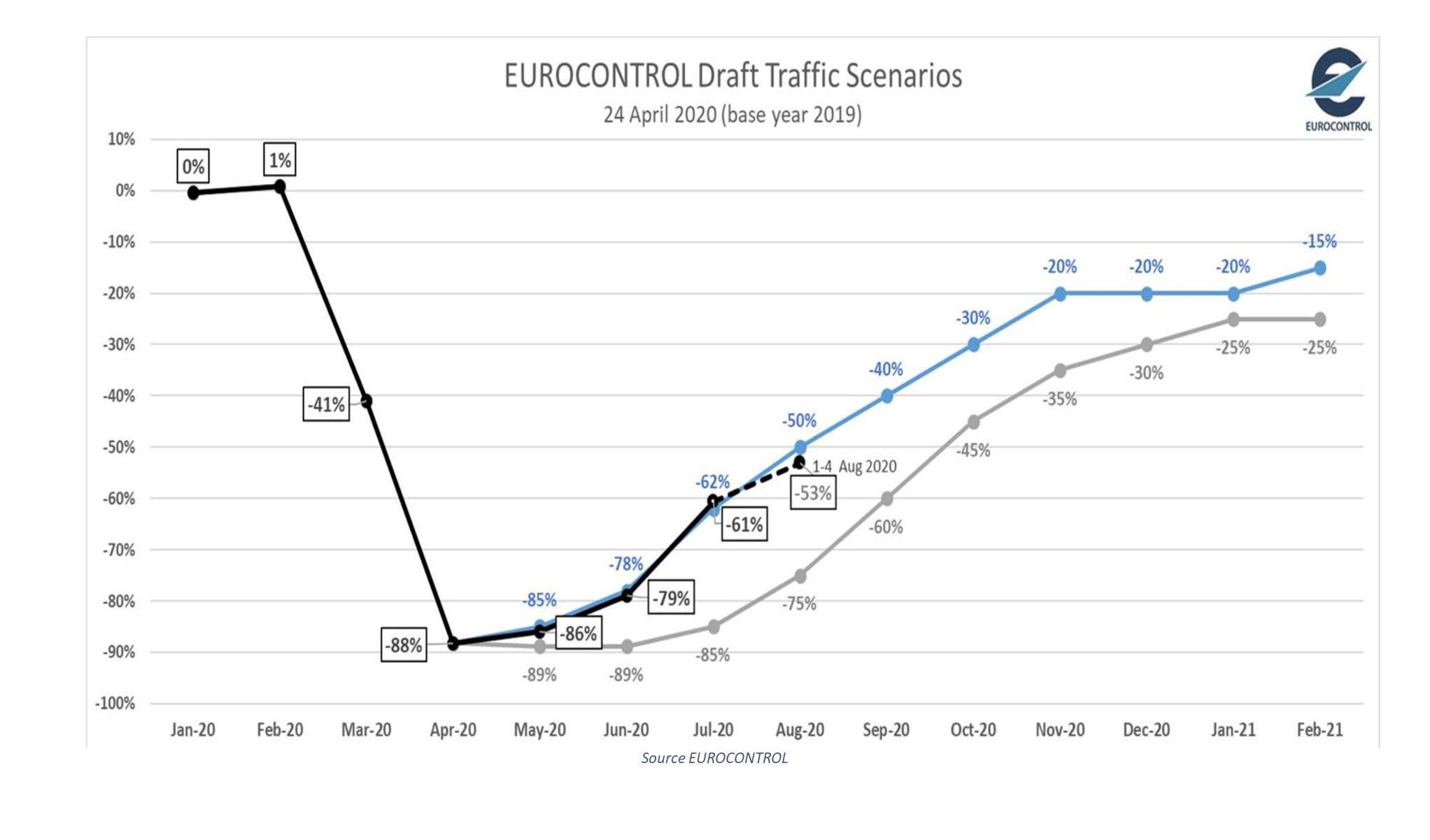 The analysis is further compounded by announcements of cuts at Rolls Royce, Airbus, Swissport and wider direct and indirect supply management chains across the industry. EUROCONTROL has projected the total financial loss in revenues of approximately €110 billion during 2020 for airlines, airports and air navigation service providers.

Europe is looking for a consistent implementation of aviation health safety protocols to safeguard the unsteady recovery and public desire to travel. IATA has been calling for the European approach to consider suspending the 80% slot utilisation rule for this winter.

These considerations may also be worth assessing:

Naveed Kapadia’s career expertise includes research and development of flight crew training to enhance safety for a major European airline group, business development for Airways Aviation, and easyJet Flight Officer. He earned a master’s degree in air transport management from City University of London and was an MsC bursary winner from the Royal Academy of Engineering.

Editor’s Note: The Journal of Civil Aviation Training (CAT) magazine presents Guest Commentary on important issues facing the community. The opinions expressed are the author’s own.

The Good, the Bad, and the Ugly: The Four ‘Generations’ of e-Learning