Lopez came to Trideum upon retiring from the United States Army.  During his military career, he served in various command and staff positions, deploying to the middle east and Haiti as an Armor officer. His love of training led Lopez to select FA57 Simulation Operations while stationed at Fort Leavenworth, Kansas. During his time as a FA57, he served in a variety of roles, including Combat Developer, Instructor Proponent Officer, and finally as the Project Director for the Cross Command Collaboration Effort (3CE) for Program Manager Future Combat Systems. The 3CE effort brought together over 50 sites to enable distributed testing, experimentation, and training.

How is future training being responded to in the challenges posed by a current and post Covid operational environment? Join the discussion at Global Airline Training & Simulation - Virtual, as we Reset, Restart and Rebuild. Find out more here. 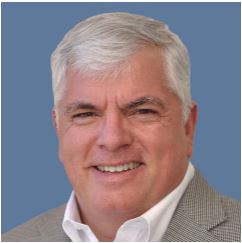 Following retirement in 2009, Favio joined Trideum holding numerous positions including, Program Manager, Director, and most recently, COO before his promotion to President. His understanding of the technologies involved, the importance of human-centered design and engineering, along with his business acumen and optimistic outlook are among the leadership skills that he will employ in his continued leadership at Trideum.

Lopez recently led the realignment of the company to better define and focus on its current customers and has been instrumental in increasing prime contract awards while maintaining and growing strategic partnerships.

Lopez holds a Master of Science degree in Industrial Engineering from the University of Central Florida and a Bachelor of Arts in International Relations from Canisius College.