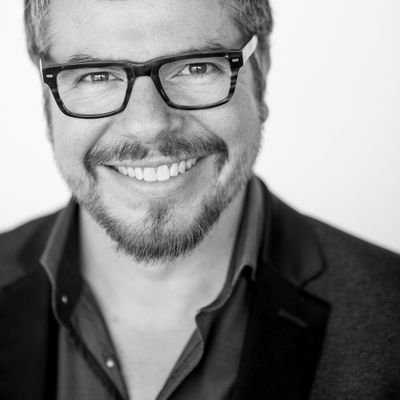 At this week’s vIITSEC, Epic Games will be previewing the next iterations of its continued focus to raise the bar on open and connected simulation technology. The company’s recent activities with its Unreal Engine and other products, are keeping pace with what Lozé termed, “a fast growth of adoption from the simulation community in 2020.” Beyond this positive update – even as the coronavirus pandemic continues to surge in many regions around the globe – Lozé provided a number of specific, new and intriguing insights on many themes common to MS&T’s followers. In one instance, the corporate executive noted ease of use of geospatial content, and interoperability, either on-site or through Cloud deployments, have been very important sources of innovation in the Unreal Engine ecosystem in 2020. As often reported on MS&T’s defense web page, a number of simulation software vendors and contractors embarked into, or more fully embraced, the firm’s ecosystem. Companies at the top of Lozé’s list included SimBlocks.io (with a Common Database plug-in), Cesium (with a plug-in, enabling 3D Tiles to be streamed into Unreal for accurate visualization of real-world locations captured by satellites and drones – for starters), Bohemia Interactive Simulations, Simcentric (with SAF TAC – an immersive training platform being trialed in partnership with the UK Ministry of Defence), as well Bebop Sensors, Talon Simulations, Pitch Technologies, and many others.

“And there will be more at vIITSEC,” he promised. One planned announcement will find Presagis informing the community that its TerraVista will provide an output compiler for Unreal Engines, leveraging Quixel’s Megascan library. Further, Vigilante US is expected to announce the creation of a model library for Unreal Engine with 100-(plus) defense models which will be available for free on the Unreal Engine marketplace.

For its part, Epic Games this week at vIITSEC, will preview Project Anywhere, which Lozé emphasized, “is not a product, not a technology, but a demonstration. This will be available on the Cloud for everyone at this vIITSEC, accessible by any device, anytime.” Further, the project was reported to provide real-time access to 3D Tiles visuals and data of the entire world from Cesium, with underpinning technology from Microsoft Azure and NVIDIA. He continued, “All vIITSEC attendees will have access to Project Anywhere over the course of the entire conference. Project Anywhere is designed to inspire and engage, and show you what’s possible. And best of all, it gives attendees a tool to play with and enjoy. It’s simulation at the point of need - a synthetic environment implementation example to spark new ideas in your brain!” 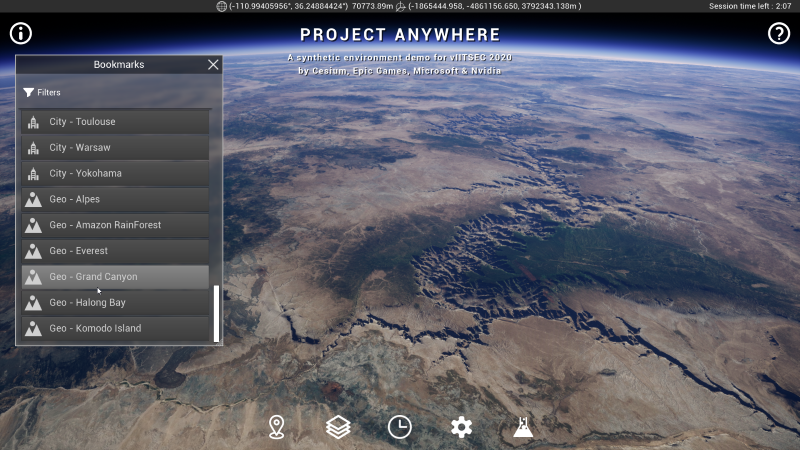 One recent, concurrent effort at Epic Games has been the journey to push geospatial content to Unreal Engine applications, and, as significant, consume terrain in large-scale simulations. In the last several years, Unreal Engine provided ways to bring real life environment to the virtual world, establishing a bridge between real and simulated. Lozé noted with the synthetic environment trend accelerating in the simulation domain, as well as in other fields of strong focus for Epic Games, such as virtual production, AEC and gaming, very large terrains and high entity counts became prominent challenges for the simulation builders. He continued, “With Unreal Engine 4.26 we are already bringing the support for (the previously highlighted) Cesium 3D tiles (format for the OWT), for the ESRI ArcGIS format and are working on the CDB format support. The Unreal Engine coordinate system plug-in is also making it simple for users to handle the mathematic calculations to convert their coordinate systems data and work in Unreal Engine with WGS84 coordinates already.” By way of reference, WGS (World Geodetic System) is a standard for use in cartography, geodesy, and satellite navigation including GPS. WGS 84 is the latest revision. To further round out the engine’s near-term capabilities, bodies of water and volumetric clouds will be available out of the box in Unreal Engine 4.26.

Beyond Unreal Engine 4.26, is Epic Games’ work on Unreal Engine 5 which will debut in 2021. Lozé noted the simulation community is curious about Epic Games’ vision about large, open worlds in Unreal Engine 5, as a continuation of its initial geospatial efforts. He added, “There is a point, in particular, which is of interest for those building large-scale simulations, both for defense and civil aviation which needed confirmation. We are able to confirm that Unreal Engine 5 will support 64-bit calculations (also known as, ‘double precision’) enabling developers to create large open worlds without precision issues.” The migration to 64-bit calculations for positioning and other end uses is a technology thrust of increasing interest to the community and will be followed and reported on at this vIITSEC and other opportunities. Of added significance, Unreal Engine is US Air Force certified. The corporate executive explained the significance, noting “the Unreal Engine received a CFT [Contract Field Team] from the US Air Force earlier this year. Epic Games is a US company, founded in 1991 and headquartered in Cary, North Carolina. Unreal Engine is now officially certified by the US Air Force as an evaluated and approved product.”

Not for Military Use Only

Lozé also addressed a theme which hit another editorial “sweet spot” for Halldale Group, the use of Unreal Engine beyond defense, in adjacent high-risk industries. “That’s the goal,” he declared and noted UE version “5” will offer a higher number of polygons and other capabilities, which will make the use in additional adjacent sectors “more natural”.

Lozé and the wider Epic Games team are also focused beyond their corporate boundaries, to advance interoperability and collaboration among a burgeoning number of community stakeholders – in and beyond defense. To point, the corporate executive pointed out, “We are participating with SISO, with me serving as the SIW [Simulation Innovation Workshop] committee vice chair. Epic Games participated with Presagis and Vricon to the elaboration of the USGIF [United States Geospatial Intelligence Foundation] Modeling, Simulation & Gaming (MS&G) Working Group Position Paper titled “Advancing the Interoperability of Geospatial Intelligence Tradecraft with 3D Modeling, Simulation and Game Engines” (with this paper about to be released by the Foundation). And we are participants on the Certified Modeling & Simulation Professional (CMSP) Certification Program ‘reboot’ to make sure that we are aligned with the visions and the goals with regard to standards and interoperability of systems.”

Lozé also cast his glance beyond technology innovation to other trends and developments in the community – specifically from a procurement and acquisition perspective – to help explain the acceleration of adoption of Unreal Engine.

More from this author
Andy Fawkes