Delegates at 2021 I/ITSEC will see more than 30 exhibitors on the conference floor demonstrating their latest simulation applications – all driven by Unreal Engine. This attention-getting number of users is a result, in part, of Epic Games’ business model, which Lozé noted was the result of a decision “to simplify the access to Unreal Engine, ensuring that everyone can access the engine without a barrier to entry. In parallel, we are reinforcing the ecosystems of our partners with third-parties - who are becoming a multiplying force - to serve the needs of the simulation community.” While these companies are in different parts of the simulation and training industry market space, each has a vision that their developers can do a lot more if their tools allow them to blend real-time, realism, and accuracy all at once.

A remarkable portion of these conference exhibitors using Unreal Engine are in the fast-paced ‘content creation and production pipeline’ sector. This industry cluster is meeting defense customers’ expanding, insatiable requirements for larger quantities of increasingly accurate terrain for training and real-world operations, using high-fidelity, dynamic content to populate virtual worlds. The industry veteran noted one common question he fields from this sector’s stakeholders: how big or how much terrain can Unreal help deliver? “The answer is limitless. With Unreal Engine, you can simulate the entire planet and even horizons beyond  Earth itself,” Lozé told MS&T.

Epic is further helping to lead the broader simulation community’s fast-paced transition to synthetic environments which can be observed in major training programs internationally. Sébastien Lozé further called attention to the enabling technologies being brought to bear in this effort: “photogrammetry, digital twins, and AI’s ability to assist in content reconstruction/augmentation are becoming even more important to the design process,” and in other instances, “accelerating this creation pipeline.”

We identified nine different Unreal users who are expanding their product and service envelopes by optimizing Unreal Engine’s features, including many plugins created by others’ evolution.

BLACKSHARK.AI (Booth #1973, with Microsoft) The company will be presenting its Globe Plugin for the Unreal Engine. Lozé noted, “Blackshark.ai are the brains behind a vast open world and semantic 3D map as seen in gaming recently. Accomplishing this global-scale 3D representation of our planet requires massive cloud computing, a novel approach to Artificial Intelligence for feature detection and procedural rendering technology, all combined creating a photorealistic 3D digital twin of our world, generated automatically from satellite imagery as input data only.

While Blackshark will be able to demo this product, it will also be able to address its competencies in live labeling, the next-generation synthetic training environment and in other technology focal points. https://blackshark.ai/

Blackshark.ai, will be demonstrating live labeling, the next-generation synthetic training environment (above) and other technology focal points. Image credit: Blackshark.ai.

BOHEMIA INTERACTIVE SIMULATIONS (Booth #1071) BISim is at the conference after having announced, this summer, enhancements to its flagship VBS4 (21.1 version), and also having integrated its VBS World Server (VWS) with Unreal Engine. VWS is a highly flexible terrain server and geospatial data repository capable of storing and streaming terrain data such as elevation and features such as buildings and roads to multiple simulations and game engines. Lozé offered, the integration “helps you to visualize the database in a better light, so to speak.” https://www.bisimulations.com/

CESIUM (Booth #2634) Corporate competencies and expertise in Cloud-based geospatial software, and emphasis on open standards for streaming massive amounts of 3D content are a perfect match for Epic’s overarching vision for an open metaverse – where virtual worlds are all interconnected. Delegates will be able to specifically observe the open-source Cesium for Unreal plugin bringing precise, real-world WGS84 (World Geodetic System 84, standard for GPS) into Unreal Engine at global scale, providing high visual realism and accurate physics, and enabling models to interact with geospecific environments. This means that games that use it will be able to discover the location of a player in a given 3D space in real time, using accurate real-world 3D content captured from cameras, sensors, drones, and smart machines. Lozé added, “With the Cesium for Unreal plugin, bringing these datasets into Unreal is done in a few clicks, allowing deployment on several platforms, as demonstrated with Project Anywhere XR.” https://cesium.com/

CG HERO (Booth #2326) CGHero is expanding its portfolio, in large part, with a full Epic MegaGrant from Epic Games as a contribution to the development of the Unreal Engine community and platform. In another instance of blending commercial competencies into the military S&T space, the efforts resulting from Epic’s investments are being used towards providing training and support for artists looking to get into Unreal Engine, as well as to two key project areas alongside the Unreal Engine simulation team. The CGHero website notes, “Our talented heroes are working on simulation starter environments for Military MOUT training as well as hospital space planning.” https://cghero.com/

ESRI (Booth #630) ESRI corroborates Halldale Media Group’s observation that simulation isn’t only for the defense community. Indeed, the company’s flagship ArcGIS mapping and spatial analytics software has gained favor around the globe in governments, manufacturing and other businesses, and utilities. At this I/ITSEC, ESRI will demonstrate how the new ArcGIS Maps SDK enables developers to integrate accurate geospatial data and analytics from ArcGIS with immersive, photo-realistic visualization in Unreal Engine. The ArcGIS Maps SDK delivers a GIS (geographic information system) framework for Unreal Engine which works with Presagis STAGE to showcase rapid visualization and analysis of urban environments. https://www.esri.com/

JRM TECHNOLOGIES (Booth #1180) MS&T has watched JRM Technologies evolve through the years into a company specializing in advanced sensor phenomenology modeling and simulation, with customers throughout the US DoD. “They are working on a sensor integration with Unreal Engine and plan to make it available for all users in the marketplace early next year [2022]. JRM will be demonstrating the early version of it [the first productized Unreal Engine plugin for IR and NVG sensors.]” The Epic Simulation Industry Manager also emphasized the increasing relevance of high-fidelity and accurate sensor renderings in simulation-based scenarios, with this capability helping integrators “to deliver for most challenging use cases,” and concluded, “That is why we are excited to see JRM developing this plugin.” https://www.jrmtech.com

LUXCARTA (Booth #2326) LuxCarta is demonstrating 3D cities, procedurally rendered in Unreal Engine using geospecific building footprints and tree polygons, as well as 18-class LULC (land use, land cover) and digital terrain models produced at sub-meter resolution. “This was a challenge,” Lozé recalled and continued, “as users had no way to demonstrate these 3D cities in a good way because the amount of datasets they are creating is so huge. Luxcartaneeded a very scalable way to display this data, and the solution for them was to create their own integration with Unreal.” https://www.luxcarta.com/ 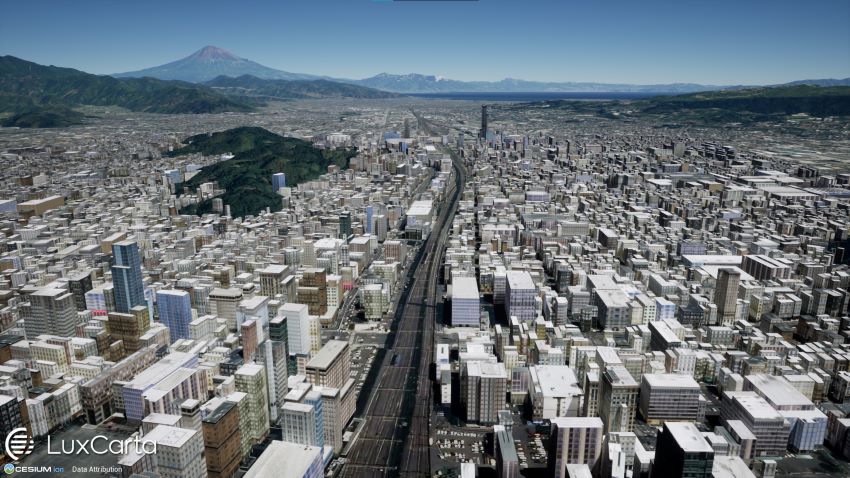 PRESAGIS (Booth #2334) The company has continued to synchronize its portfolio with a number of community trends, including creating maps and common synthetic environments through increasingly adopting the AAA approach of Automation, Augmentation, and AI – enabled by Presagis’ VELOCITY 5D software ecosystem. Delegates will see Presagis demonstrate a key part of the VELOCITY 5D ecosystem: VELOCITY 5D for Unreal Engine Plugin. Built for Unreal users that wish to leverage large amounts of geospatial data, this plugin allows the loading of OGC CDB (Open Geospatial Consortium Common DataBase) and GIS source data into Unreal. Lozé emphasized, “This is not a demonstration anymore. This is a product, ready and available.” https://www.presagis.com

VIGILANTE (Booth #2336) Vigilante creates functionally precise and visually unparalleled content for simulation industry leaders in the defense space. The company has found a “sweet spot” for using its competencies (art, animation, and co-dev) for widespread technology familiar to MS&T readers – VBS, VBS Blue, and Unreal Engine. The company’s portfolio includes defense programs across Europe and North America. Lozé emphasized the benefits gained by the community from this and other Unreal ecosystem partnerships, pointing in this instance to the quality one sees in pictures of Vigilante models. “These are being made available for free on the Unreal Engine Marketplace. Any Unreal user can just go online, download it, and run with it from there. The content is already DIS- and HLA-preconnected.”

The Epic representative pointed to another quick-paced technology thrust being enhanced by the Epic-Vigilante collaboration. At this conference, Vigilante will present its latest collaboration with L3-Harris on a VR-based inspection and maintenance trainer created in Unreal Engine 4. https://vigilante.us/ 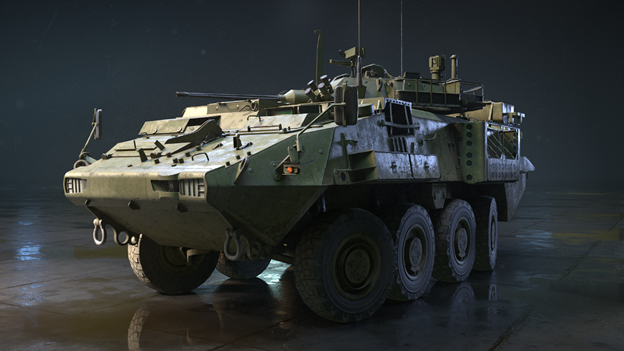