“Coming out of Covid, there is acceptance of learning remotely. Now the thinking is, how do I recreate the classroom?” said Sanjay Kaeley, Head of Product Solutions for L3Harris Commercial Training Solutions in the UK. “Our customers are saying, we like what you've got, but where there's a desktop-based tool, how do we get it onto an iPad? How do we bring a virtual classroom together? And how do I make sure that dynamic isn't lost?”

(Industry leader CAE, which sold 49 full-flight simulators in FY20, which ended in March 2020 just as the pandemic began, fell to just 11 sims in FY21, but has rebounded to 33 in the nine months from April to December 2021. CAE’s training centre utilisation, in a 65-70% pre-pandemic range, had dropped to 33% in spring 2020. For the latest global data for all active FFSs, consult CAT’s comprehensive Full Flight Simulator Census.)

Nacho Navacerrada, Sales Director for Madrid, Spain-based flight training device developer Entrol, said travel restrictions and quarantines created great difficulty for pilot currency. “Before the pandemic, if a Japanese wanted to remain a pilot, he had to go to Italy for his checks or a Chilean pilot had to go to Miami. So instead of relying on full-flight simulators located in other countries, many operators, public and private, are thinking of having a simulator in their own control, in their own facilities.”

Quadrant Simulation Systems Technical Director, Andrew Reeves, said the severe revenue drain on the airlines has led to more interest in upgrading older simulators. “They're not necessarily making a significant investment on a new simulator. They'll update their simulator visual system and keep the simulator operational that extra two or three years.”

From VR to VC

“There's a lot of talk now about blended learning,” said L3Harris’s Kaeley. “A lot of our training through L3Harris Airline Academy went virtual. We're using internally similar kinds of tools that we sell to our customers. We've got building blocks today that we're testing and applying in creating more remote learning tools and tools that are inclusive of the instructor and the student.”

As are most training companies, L3Harris is evaluating possible applications of virtual reality. “Sometimes people see VR as a solution to everything. I'm trying to work very closely with the training organisation and understand how a tool can be most effective,” Kaeley told CAT. “I'm an engineer, and I love all of these toys and stuff. But we end up sometimes when you’re too engineering-focused trying to find a problem to throw at it. We have to understand the problem. Is it the right solution?”

In the maintenance training space, L3Harris has been exploring the Microsoft HoloLens. “We've been able to present to one customer a full-size engine in a large space where they can actually ‘work’ on that engine.”

For pilot training, “we’re now at a point where you could actually put on a reasonably priced headset and be able to read cockpit displays and the lettering beneath switches. They sound like simple things, but they’re quite important. A lot of these headsets have just not been at the resolution or fidelity that you need for some of that kind of training. And you end up almost with negative training because there are quite high expectations from pilots and from cadets in terms of what they expect to see, especially the PlayStation and Xbox generation. You've got to be so careful as you move forward.” 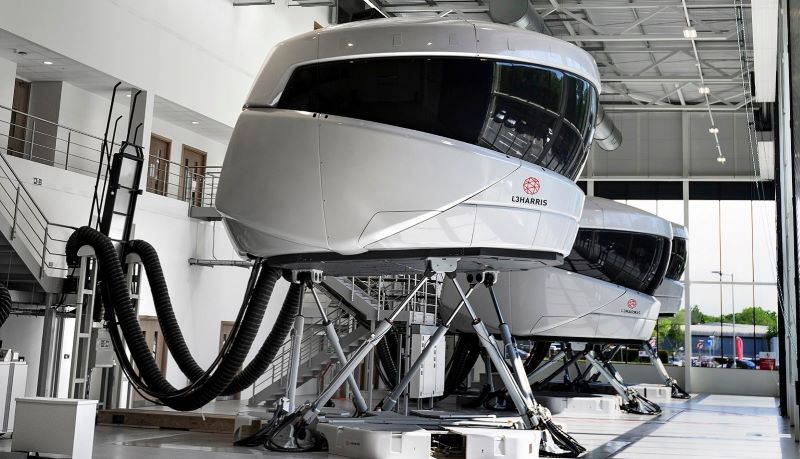 “We were able to navigate quite effectively for our customers, getting into some of the countries that were locked down”. - Sanjay Kaeley, L3Harris. Image credit: L3Harris.

Kaeley said L3Harris is trialling technology for the urban air mobility market, but he’s concerned about “an expectation that you can just throw someone with a couple of hundred hours of flying time onto these vehicles, and that’s going to be it. They are discovering that is not the reality. The FAA and EASA are making it very clear that it’s all ultimately about safety. And if someone thinks they’re just going to walk onto these vehicles and fly passengers, the concept of an Uber taxi driver becoming an Uber - I don’t like to call them pilots - operator… that’s not the reality we're seeing.”

L3Harris has formed a partnership with capital venture company Shield Capital, which specialises in “frontier technologies” and whose senior advisors include former US Secretary of Defense Ash Carter, former US National Security Advisor H.R. McMaster, and former Director of the National Geospatial-Intelligence Agency Tish Long. Kaeley explained, “It’s allowing us to basically leverage technology start-ups, looking at some of the innovation, discover technologies that we could very quickly acquire and apply within this space. This venture gives us a great opportunity to accelerate insertion of new technologies.”

Entrol, a family-run company started in the proverbial garage, now with about 45 employees, is closing in on the sale of their 100th fixed-based simulator. Navacerrada said “2020 was, of course, a difficult year for everyone, but last year we saw a restarting of the engine and we managed 8 to 10 simulators. Now the situation is again a little strange with the war and because of fuel costs.”

“Many operators, many schools, they are thinking, okay, we should have a simulator in our school, in the country, because they haven’t been able to train for one year and it has been a nightmare for them to organise their training,” he added.

“The difficult thing in this business,” Navacerrada noted, “is that customers don’t only evaluate the simulator, they also evaluate you as a company. They are all afraid that you will go bankrupt. They want to make sure you will be there for the next 10 to 15 years.”

Entrol’s solutions have been to launch a very flexible trainer, the en-4000x, which addresses the APS MCC requirement introduced by EASA in 2017; a simulator based on the five-blade H145 D3 with Helionix integrated avionics (which can be certified as an FNPT II MCC, FTD Level 2 and FTD Level 3); and a virtual-reality approach for search-and-rescue training, SimulSAR.

In SAR missions, Navacerrada explained, you have the pilots, the doctor, the flight nurse, the landing coordinator. “But they don’t have the possibility to train together. So most of the incidents happen because of a lack of communication.” With Entrol’s SimulSAR, “they can all be together on the same training scenario, communicating with each other, practicing the phraseology, so when they go for the real mission they already have that experience.”

Quadrant used the pandemic period to refocus their business on systems engineering, software engineering, and electrical mechanical hardware design capabilities. They sold their Quadrant Pilot business, including the ATO which had been certified in 2019, and four-bay simulator facility to Air One Aviation Limited in April last year. In March 2022, Texas/Florida-based RSi acquired Quadrant’s flight simulator relocation business. “Our primary focus is based on simulator updates and providing products to the industry to help with those,” Reeves told CAT. 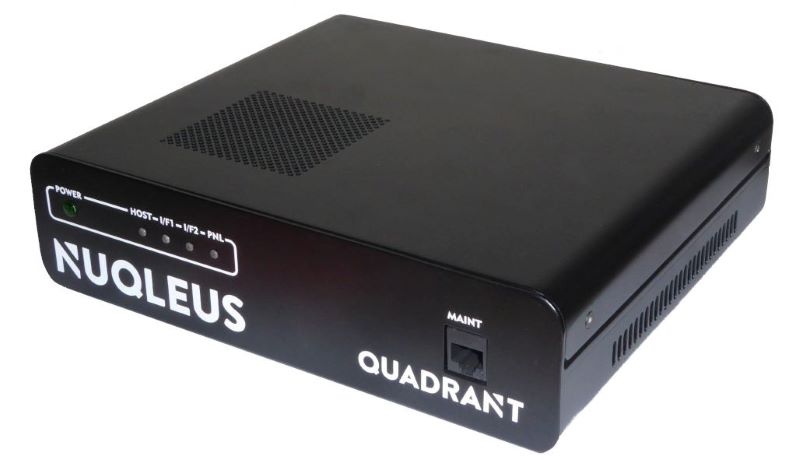 Using NUQLEUS, an embedded computer platform initially focused on visual system upgrades, Quadrant has branched out to avionics upgrades: TCAS, FMS, GPS. “Rather than constantly fighting with the legacy computer and its intricacies and quirks, we have a known platform that we can take to site, knowing that it will work with the new visual system, irrespective of whose simulator was there originally and which visual system we were putting onto that simulator. NUQLEUS is a very flexible platform to use,” Reeves noted.

Despite pandemic restrictions, Quadrant undertook projects in China, Italy, Germany, and the US “without actually leaving the country”. With travel options improving, Reeves said, “We'll probably retain some of the remote working aspects, mainly because it keeps the cost down. Our customers tend to be quite technically capable themselves, especially when it comes to the testing.”