“We will eventually allow EBT baseline for helicopters, but it will take five years,” says EASA’s Francisco Arenas Alvariño. Mario Pierobon describes the process to get there.

While in the fixed-wing part of the air transport business, EBT has been introduced by several international airlines, it is an established form of crew training, and it has a very comprehensive regulatory framework, in the helicopter community there is still progress to be made. Nevertheless, the trend is set for EBT to be consistently embraced by helicopter operators as the reference standard for crew training.

In May 2022, further steps were taken by the European Union Aviation Safety Agency (EASA) towards the implementation of EBT for helicopter operations. EASA published a ‘Helicopter EBT Concept Paper’ as part of its rulemaking task (RMT 0599) that builds the case for extending the regulatory framework into helicopter operations by setting out the baseline for a helicopter training programme and the different options available.

In the concept paper, EASA points out that existing international standards and regulations for helicopter pilot training were originally derived in response to accidents involving early-generation jet aircraft. “Whilst some elements of helicopter operations are included, they have in essence been ‘built–on’ additions to the core programme, usually in the form of manoeuvre-based practices. Standards have remained virtually unchanged since inception,” says EASA. “During the same period, progressive changes in aircraft design, including the developments in automation, system integration, reliability and significant changes in the operating environment have demonstrably improved operational safety, but also revealed new operational challenges.”

The assertion that the perpetuation of historical airline flight training regimes leads to less-than-optimal output is supported by the helicopter community, as is the implementation of change in both the regulation and development of recurrent airline pilot assessment and training, affirms EASA in the concept paper.

“Whilst helicopters were outside the scope of the original EBT development plan and are not referenced in ICAO Doc 9995 or the IATA EBT Implementation Manual, the offshore helicopter community, operating multi-pilot, multi-engine, instrument flight rules (IFR) aircraft, increasingly equipped with cockpits equivalent to ‘Generation 3’ aeroplanes (as described in ICAO Doc 9995) has expressed a need to have access to EBT,” says EASA.

In the roadmap defined in the concept paper, EASA anticipates the development of an EBT data report for helicopters. “Compilation of the Helicopter EBT Data Report will follow the methodology used by IATA in the development of the IATA EBT Data Report to ensure consistency in approach to the data analysis, which will allow commonalities and differences between aeroplane and helicopter operations to be identified,” says EASA. “This approach will allow future data comparison with the baseline data established today. Results to be published within an EBT Data Report for Helicopters will be drawn from multiple sources, some of which are readily available to the public. Some come from information, access to which is restricted to industry specialists, while other results will be inferred from confidential, de-identified data.”

To date, EASA has achieved a significant amount of work in the EBT Data Report for Helicopters. “We have some preliminary results; however, they will be shared only when we publish the complete work on the EBT Helicopters Data report,” says Francisco Arenas Alvariño, EASA’s EBT project manager. “As a preliminary statement, we can say that data shows that the type of operation plays a greater role in helicopters. Although aircraft generation continues to be important, it is less relevant than the type of operation. It should be noted that in aeroplanes the aircraft generation has a greater role.” 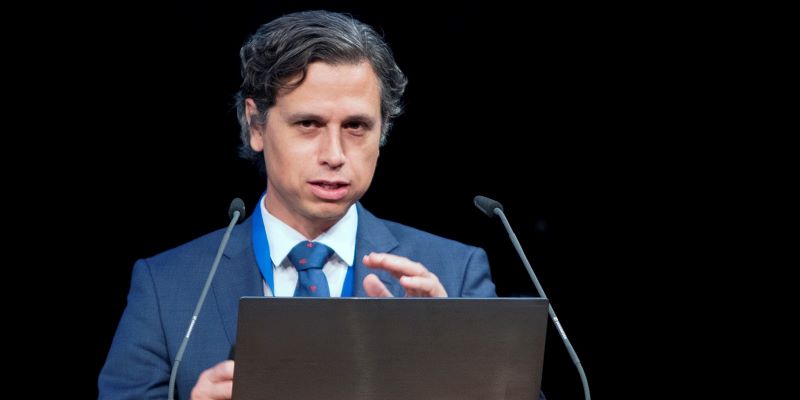 In August 2022, EASA published a draft EBT Manual on the EASA community website. The objective of the draft EBT Manual is to support the design and conduct of EBT programmes by complying with EASA regulations.

There are three sections in the manual:

“The draft EBT Manual is designed as support and guidance for the implementation of EBT mixed (ED decision 2015/027/R) and for EBT baseline (following the adoption of Commission Implementing Regulation (EU) 2020/2036 and the ED decision 2020),” says EASA. “The content of the manual will be expanded in future editions to become a living document that helps in the development and implementation of EBT across the European Aviation Community.”

EASA has also developed a checklist for the implementation of EBT mixed. “It is a generic checklist both for Aeroplanes and Helicopters. However, due to the relevance of aeroplanes, some elements of the checklist are aeroplane centric,” says Arenas Alvariño.