CAE has appointed Daniel Gelston as Group President, Defence & Security, effective August 24, 2020. He will be based in Washington, D.C. and will be succeeding Heidi Wood, CAE's Executive Vice–President, Business Development & Growth Initiatives, who was also acting as interim Group President.

"I am very pleased to welcome Dan Gelston to CAE's executive management team, as our new Group President, Defence & Security. He is a proven leader with more than 20 years of experience in the U.S. military, intelligence community and the global defence industry," said Marc Parent, CAE's President and Chief Executive Officer. "Dan's energy and his solid track record as a growth-focused leader will be invaluable in driving the growth of our Defence business in our core operations and expanding further into an array of related adjacencies that align well to our business strengths. I have no doubt that his industry experience and exceptional leadership will propel our Defence business to reach its full potential." 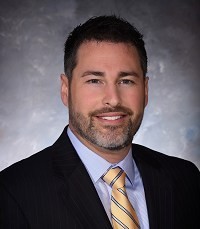 Before joining CAE, Gelston served as President of L3Harris Technologies' Broadband Communications Systems sector and President of Communication Systems-West division. In this role, he led his team to multiple record-breaking years of fiscal performance and significantly improved the business's overall competitive win-rate and pipeline expansion.

Prior to his leadership role at L3Harris Technologies, Gelston was President of the Special Security Agreement (SSA) businesses Smiths Detection Inc. and Cobham Tactical Communications and Surveillance. In 2017, he led the SSA-controlled portion of Smith's $710 million Morpho Detection acquisition and the divestment of Smith's Brazil business. In 2015, Gelston led the sale of Cobham's Surveillance Business and served as CEO during its transition to a standalone company.