In a recent article published by MS&T Magazine, Alexander Bradley addressed a question about how VR/XR could be seen as a competitor to immersive projection domes. “Depends on who you ask” he quoted. With a firm belief that they are complementary to immersive training he speaks with other industry leaders from both immersive dome and VR/XR backgrounds.

Alexander first sits down with industry veteran D’nardo Colucci, President and a founder of Elumenati. Enjoying a coffee together and discussing how time flies after a healthy 10-year partnership between our two companies, Alexander moves the conversation to VR/XR & domes.

Alexander Bradley (AB): Tell us what Elumenati is and does for any readers that might not be familiar?

AB: Cobra believes there is a market for a dual use set up, tell us what you think about combining a Cobra dome projection screen with a XR headset?

DC: We too believe this is an effective combination. Our pet term is "VR Tether" which is where we tether the dome camera to the VR camera but with different behaviours.”

Alexander shares a short video showing an example of its implementation of the concept. A concept made possible through Cobra’s partnership with Elumenati. In this video the pilot's view is mirrored on a Cobra180 projection dome. The Varjo VR2 headset tracks the pilot's head and eye gaze.

DC: The video demonstrates a 1-2-1 mirrored view which can be great to see where a pilots focus or gaze is. However, there are many other benefits where a fixed wide FOV provides a more stable dome appropriate image option.”

AB: Where would you see a dual use configuration being used and for what? What benefits do you think it would bring to the training industry?

DC: Training is an excellent application for the dual use configuration. While the main trainee is in VR, the others in the group are able to critique their effort from the third person perspective.  I believe the combination of first person and third person training is very effective.

AB: Cobra has been asked a lot in the press recently about VR/XR vs traditional dome screen configurations. Suggesting the two markets compete. Cobra believes they service different needs and both solutions should be embraced. What do you think? How do you see the industry in 5 years?

DC: Despite the effectiveness (and fun) of participating in massive multiplayer VR environments, VR and AR are (by definition) individual experiences.  Domed virtual environments provide a sort of Group VR where the experience is shared in a natural, human way.  Dome environments allow for eye contact which can be critical in communication.  Elumenati believes the two experiences complement each other and very rarely compete.

AB: Thank you, D’nardo, I always enjoy catching up and appreciate your input, 'till next time!

DC: Thanks, Alexander, until next time!

It was important to get a balanced view from a company focused on VR/XR. Alexander spent time with VR/XR industry expert Markus Heinonen, Vertical Lead, Simulation and Training EMEA at Varjo. 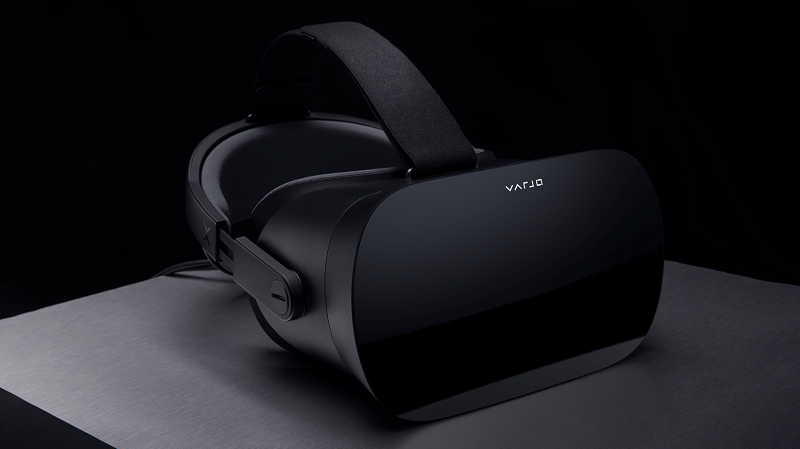 Alexander Bradley (AB): Firstly, congratulations on the launch of Varjo Reality Cloud, another leap toward “Ready Player One”. Really impressive, we can’t wait to try out the tech.

Tell us what Varjo is and does for any readers that might not be familiar?

Markus Heinonen (MH): Thanks, Alexander, Varjo Reality Cloud has been received well. We cannot wait to get the technology into client’s hands and continue development. It’s been a busy few weeks.

AB: What are your biggest challenges when demoing your VR/XR products to clients?

MH: One of the challenges when demoing the products is to show bystanders what's happening inside the headset. Nothing beats the real VR experience, of course, but with a dome projection people can get closer to the same action.

AB: We shared our concept demonstration video with you and your team at Varjo. Tell us what you think about combining a Cobra dome projection screen with a Varjo XR headset?

MH: This is a great way to extend the action to other people around. It provides an additional experience for other people and a way to explain the training concept better.

AB: Where would you see a dual use configuration being used and for what? What benefits do you think it would bring to the training industry?

MH: The dual configuration could be very useful in trade shows and demo showrooms where you want to create the wow-effect and where there are often other people around and only one person can test the simulation at once. In trade shows it would attract more people to the stand and help company representatives to explain the concept more accurately for people that haven't yet had the chance to test the simulator, or for some reason doesn't want to put on the headset themselves.

AB: Cobra has been asked a lot in the press recently about VR/AR vs traditional dome screen configurations. Suggesting the two markets compete. Cobra believes they service different needs and both solutions should be embraced. What do you think? How do you see the industry in 5 years?

MH: We believe that VR/XR will continue to be adopted at accelerating pace in Training and Simulation industry. Virtual and Mixed reality aren't going to replace traditional simulators soon but provides a low-cost and transportable option that can be comparable or even better than traditional simulators.

VR/XR can also increase the value of existing part-task simulators through the provision of full field of view, immersive visuals using mixed reality technology. Ultimately training organizations must look at their training objectives and choose the right technology based on that.

AB: Markus it has been great chatting with you, I look forward to continuing our work together over the coming months.

MH: Thanks, Alexander, as do we, excited to be working with you too.

Finally, we asked our very own Chief Technical Officer Professor Kenny Mitchell what his thoughts are on the subject.

Alexander Bradley (AB): Tell us about your role and what your aims are for Cobra for any readers that might not be familiar?

Kenny Mitchell (KM): Its been an honour to join the board at Cobra since over a year now. We’re aiming to build upon our uniquely effective single channel dome displays with further software technologies to diversify and broaden our business with new products in training and simulation and beyond.

AB: What are your biggest challenges when demoing your VR/XR technology to audiences?

KM: XR technology can actually be quite easily demonstrated with fantastic imagery to impress tech savvy clients and those new to immersive content alike. However, a big challenge is how to convey the realism of the individual’s experience and for customers to trust the quality of that experience. When coupled with our dome displays, guests and onlookers can observe and survey all the content with immediacy and faithful accuracy.

AB: Tell us what you think about combining a Cobra dome projection screen with a Varjo XR headset?

KM: It’s a terrific benefit for an instructor who provide guidance to trainees wearing these awesome headsets with the context awareness of both a view of what the trainee is seeing directly and whether the trainee is moving and reacting appropriately to the mission plan.

AB: Where would you see further dual use configurations being used and for what? What benefits do you think it would bring to other industries?

KM: Often folks experience XR in isolation even when they are with colleagues, watchers or friends in the same place. I imagine audience engagement events, for example at eSports venues would be excellent scenarios for video game playing gurus to compete in immersive games whilst the audience can share the views of all players on stage clearly on the projected domes. This would also be a sweet rig for video game influencers, where video can be streamed of the player directly in the context of the game, much more naturally without needing any compositing tools (those chroma key videos look a bit tired already).

AB: We’ve been asked a lot in the press recently about VR/AR vs traditional dome screen configurations. Suggesting the two markets compete. We believe they service different needs and both solutions should be embraced. Do you have more to comment on this? How do you see the industry in 5 years?

KM: I still think my prediction of XR becoming mainstream by 2030 is very much on track and it’s super impressive to see the leaps that headsets such as Varjo’s have made already. Dome displays will also become increasingly cost effective with broader and more widespread uses, and I love that we have a real advantage with Cobra’s enviable single channel dome designs.

Immersive headsets give a level of experience that is in some ways perhaps isolating, but also on the crest of presenting the most focused signals to your senses. There’s a trade-off there between the ease of movement wearing a display vs being surrounded by a dome display and in many cases, these serve quite different and complimentary needs of a fully featured training programme.

AB: Thanks, Kenny, we are thrilled to have such a visionary on our board. 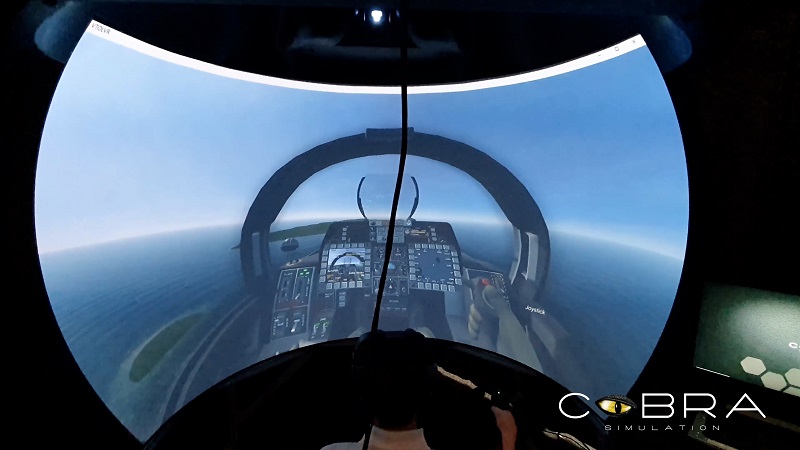 We asked Alexander to summarise with his own thoughts, what he learned having spent time with D’nardo, Markus and Kenny;

AB: It is an interest debate and one I hear day in day out as the two technologies continue to innovate in ways not thought possible before. I love technology as whole so am excited about both, even more so knowing there are benefits of using both technologies in tandem.

The future of out of body experiences portrayed “Ready Player One” will become a reality in our lifetimes. In a world that is now looking toward the stars to expand our human footprint. It is immersive technologies that will support training and allow us to experience these alternate realities. It will also help retain the most basic and essential of human interactions/ emotion, “communication”.

A huge thanks to Markus at Varjo, D’nardo from Elumenati and Kenny for their thoughts.