Halldale is working in partnership with Resilient Pilot to deliver this series of forums to both the pilot and pilot training management communities.

Resilient Pilot is a not-for-profit organization established in direct response to the pandemic. A team of volunteer pilots and specialist coaches provide support for the international pilot community through free mentoring, coaching, and resources designed to maintain wellbeing, retain skills and help pilots navigate a return to the flight deck.

We are delighted to unveil our brilliant panel of experts, who will launch our new webinar series with a discussion on pilot skills decay.

Tanja currently holds the position of Executive Board Director for Technical Affairs at the European Cockpit Association. In that function she is also a member of the EASA Stakeholders Advisory Body (SAB), the EASA Flight Standards Technical Committee (FS TEC), as well as the Aircrew Training Policy Group (ATPG). Within ECA, she has taken the leading role in the development of ECAs Future Airline Pilot Profession project.

As Chair of the International Federation of Air Line Pilots‘ Associations (IFALPA) Human Performance Committee, Capt. Harter is responsible for all training & licensing, human factor and medical issues within IFALPA. In the area of training, she has taken a leading role in the IFALPA MPL workshop as well as the development of the ECA Training Compass.

Following her studies in electronic engineering at the University of Technology in Munich she received her pilot training at the Lufthansa Pilots School in Bremen, Germany & Phoenix, AZ.

Capt. Harter flew the B737 and B747 as FO & SFO. She currently flies the A320 family as a Captain. She is an active CRM Instructor as well as an accredited Business & Management Coach.

She is actively involved in numerous international working groups and initiatives on behalf of ECA and IFALPA as the IWG (ICAO Doc 9625) Development of EBT, the Development of the Co-Branded (IATA/ICAO/IFALPA) MPL Implementation Guide, ED 2, the EASA MPL Advisory Board and is the IFALPA Representative to the ICAO NGAP.

Martin has been involved in aviation for 44 years.  He flew Jaguars and Tornados in the Royal Air Force and on leaving the RAF flew A320s, A321s and A330s for Airtours, MyTravel Airways and Thomas Cook Airline.  He has been a Technical Captain, Simulator Standards Pilot, Air Test Pilot, CRMI, TRI, Fleet Manager and Chief Pilot.  Martin joined Emirates in Sept 2008 as SVP Flight Training and is the Nominated Post Holder for Crew Training and Head of Training for the Emirates ATO.

Martin has an Honours degree in Physics from the University of Strathclyde in Scotland, a Masters Degree in Defence Studies from Kings College London, is a Fellow of the Royal Aeronautical Society and is Chair of the UAE Branch of the Society.

After leaving British Airways, he joined one of the UK’s leading ATOs and completed his time there as part of the Airbus Training Management Team. He also played a significant role in the introduction and development of the Multi-crew Pilots Licence (MPL) training programs and now works closely with HATCO, the organisation that introduced MPL into regulations. He has extensive regulator experience in Upset Prevention and Recovery Training (UPRT) development and training, audits and inspections, Competency Based Training and Assessment (CBTA) and Evidence Based Training (EBT). He is also part of the IATA Core EBT team and chairs the IATA EBT Task Force. He continues to work across the globe, with some of the world’s largest airlines and training providers. Carl also provides Regulatory oversight and volunteers as a mentor for Resilient Pilot.

Helen was Head of the CRM training department for Flybe. In this role, Helen led and trained a team of 10 instructors, and was responsible for the creation and delivery of all the initial and recurrent courseware for the company’s 1700 aircrew.

Her work has been acknowledged by the UK CAA as, ‘The most engaged class observed for a very long time’ and from external clients as, ‘The best delivery of CRM I’ve ever seen’.

Helen remained at Flybe for over 20 years, until she was made redundant in March 2020 following the sudden collapse of the regional airline. She now works as an independent training consultant, specialising in all aspects of CRM training, and the Application of CRM/Human Factors Principles in other Safety Critical Industries.

About the series:
Last month, Civil Aviation Training (CAT) magazine, held a Heads of Training online meeting to discuss the “HoT” topics facing the airline training community in Europe. CAT recognizes the need to continue this discussion as it is of utmost importance to our industry. With a select group of stakeholders, we will further address the six critical matters on the regulatory and airline horizon in a series of workshops and webinars.

Some of these topics have been with us for multiple years; others are more recent or have become more disruptive to airline training because of the pandemic.

Subject matter experts invited by CAT will discuss these topics in greater depth via a series of working groups. Each session will focus on understanding an individual topic in greater depth, assessing the impact on the industry, and raising awareness or recommending a course of action.

The output of these workshops will be showcased in a series of interactive thought-leadership webinars open to the entire airline training community.

Halldale members are guaranteed a place, along with all post-event recordings and full reports. To become a Halldale member click here.

Add to Google CalendarDownload iCalSubscribe to Calendar
Back To Top 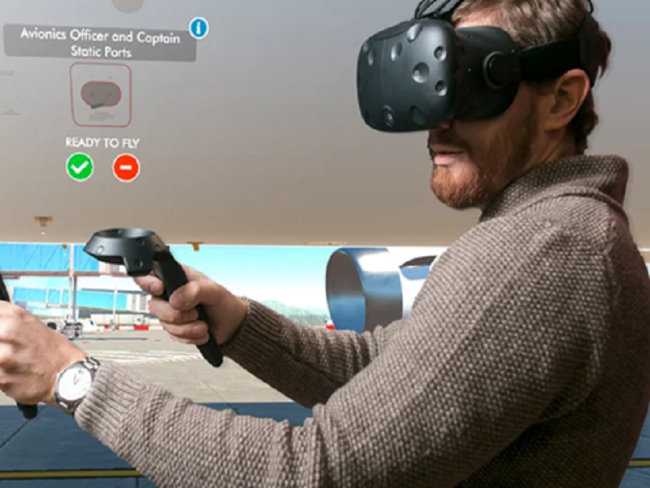 Join our expert panel on April 29 as they discuss the advancement of emerging technologies in the virtual and mixed reality media space and new training possibilities in the second webinar of our CAT Leader Forum series. The fifth installment of our CAT Leader Forum Webinar Series, discussing Upset Prevention and Recovery Training (UPRT), highlighted the need for instructors to be kept updated and standardised in order to help overcome the implementation challenges that have plagued UPRT for over a decade.