Sponsored By
Reiser Simulation and Training

In the heart of Bavaria, amidst the forests southwest of Munich, a small group of engineers emerged – out of nowhere, it seemed at the time – in the helicopter training market, producing a sophisticated Level D full-flight simulator the equal of any from the traditional sim suppliers.

The civil rotorcraft community at large became aware of Reiser Simulation and Training GmbH only three years ago, on 10 January 2018, when the Berg, Germany-headquartered company debuted an EASA-qualified FFS for the Airbus H145 for the ADAC HEMS Academy in Sankt Augustin, near Cologne.

The ADAC H145 FFS has everything an operator might want for training challenging search-and-rescue missions: simulated Helionix® avionics suite … a dome display with a 240°x80° field-of-view, plus chin windows for visual cues during landing, and including sufficient up- and side-view to simulate takeoffs from narrow urban canyons … state-of-the-art high-definition Barco LED projectors … night vision goggle capability … a Quantum3D IDX 8000 super high-resolution image generator … a worldwide database with 25,000 airports and selected high-resolution areas, including landmarks such as the Cologne Cathedral and landing sites at hospitals … realistic computer-generated people, crowds, ambulances, and accident scenarios … a Moog 6-DoF motion and vibration platform … an intuitive on-board instructor operating station … plus options for rapid roll-on/roll-off cockpit swaps and simultaneous training of the rear cabin crew. All this with one of the lowest power consumption rates and easy-to-maintain approaches on the market.

In addition to the ADAC Academy, the Reiser H145 FFS is used by operators from more than 30 countries worldwide for various mission profiles such as HEMS (helicopter emergency medical services), law enforcement, VIP services, or offshore operations.

Having entered the market at the most difficult Level D high-end, Reiser is now flowing its acquired expertise to the rapidly growing FNPT / FTD market with a unique modular, upgradeable product line called “F-light line” with “F-light” for “Flightsimulator light.” The new trainers are a collaboration of Reiser Simulation and Training (RST) and RS Flight Systems GmbH (RSFS). RSFS are specialists in flight data gathering and customised avionic development.

The new F-light line is targeted at flight schools and operators of small rotorcraft fleets who generally cannot justify the cost of their own Level D device. “They need adequate training at an adequate price”, says Dr. Roman Sperl, Reiser CEO. The first FNPT trainer, including the latest Helionix® Step 3 avionic suite, is currently being installed at the launch customer’s site.

A key differentiator compared with many of the helicopter FNPTs and FTDs on the market is that the RST/RSFS devices will be driven by the same Level D software as an FFS: aerodynamic and engine models, visual and aural cues, etc. The software will be adapted appropriately for the nature of the target device – generic aircraft class for FNPT II and type-specific for FTD 2. The avionics panel in the trainer is a graphic display, so can represent either a glass cockpit or analogue instruments. 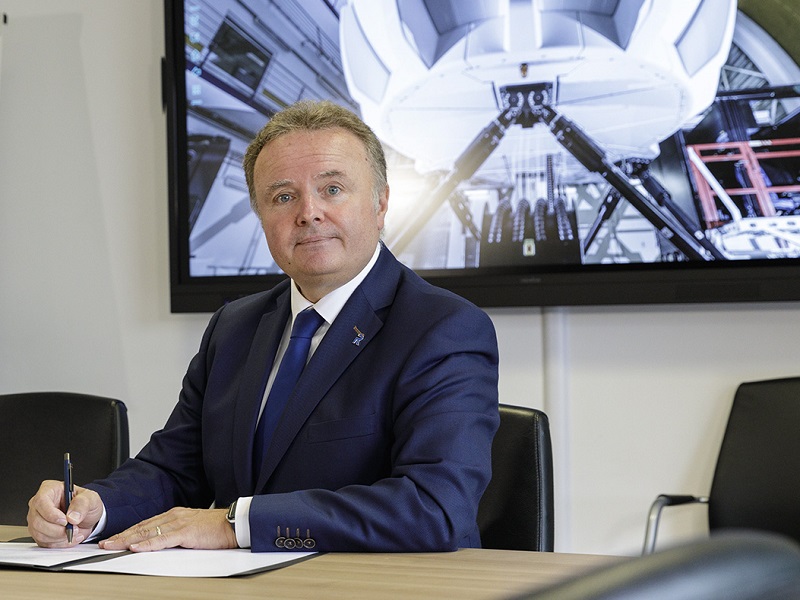 The business model for the F-light line is that ATOs / operators will initially start with an FNPT II, primarily used for helicopter ab initio and refresher training, including basic and safety procedures, emergencies, navigation, instrument rating (IR) and multi-crew cooperation (MCC). At an appropriate time, the customer could convert the device to an FTD 2 – a fixed-base system designed for type-rating training and limited checking/testing.

The initial F-light FTD 2 will be based on the popular Airbus Helicopters H135 aircraft.

At the point of upgrade to FTD 2, Reiser and RS Flight Systems could provide the customer with another FNPT II as well, at modest cost. It may also be feasible to use a single device as a reconfigurable FTD and FNPT (for example, alternating weeks, depending on curriculum).

Moreover, it is the first helicopter FFS to incorporate Reiser’s mixed-reality (MR) 3rd Crew Member Station for medical crew member training. The FFS incorporates a simulated side door for the crewman – possibly a doctor, to control the cable and positioning at the end of that cable of the person being rescued. As with the aircraft itself, there is an input from a camera mounted under the tail rotor which shows a downward view of both the immediate forward perspective and the image vertically beneath the aircraft. This view is displayed to the pilots and to the instructor; the position of the “rescue man” (an avatar) – on a cable which can be up to 60 metres (196 feet) in length – can be controlled by the instructor to make the bold arm gestures which are the primary signalling function for the positioning input.

During the inauguration of the Norwegian center in October 2018, two military flight crews demonstrated a networked simulation mission between the two Reiser H145 FFSs – ADAC in Germany and NCCH – in which the teams flew multi-ship scenarios, including using NVG goggles.

Earlier this year, RST qualified a Level D H135 FFS at Lufthansa Aviation Training in Frankfurt, a complement to the H145 device which has been in operation at LAT since summer 2020.

In September, RST was contracted by Swiss air-rescue group Rega for a Leonardo AW169-FIPS FFS. 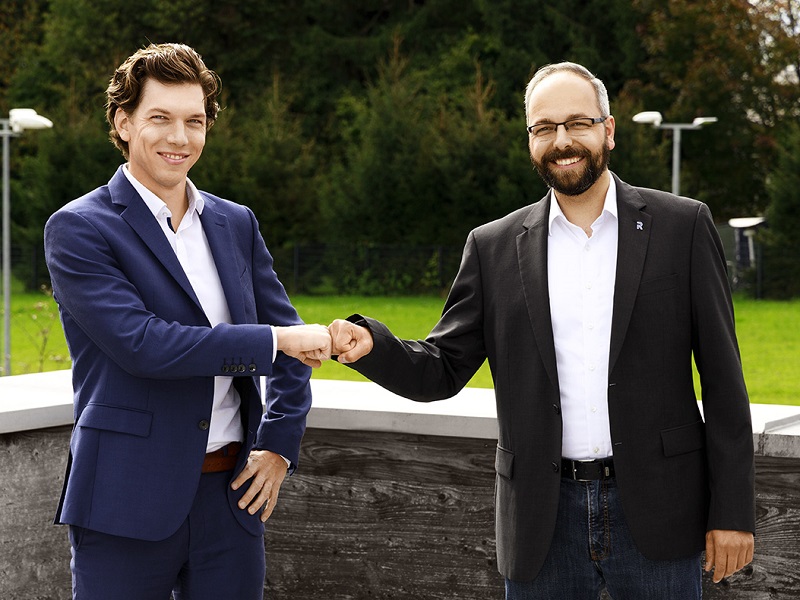 Although prominent on the civil helicopter simulation scene for only a few recent years, Reiser’s history dates to 1988. Like Apple and Steve Jobs, the company was started in a garage by Wolfgang Reiser, who had been a contract maintenance tech for the German Air Force. Initially repairing radios for Alpha Jets, he later became responsible for flight simulators, and came to design an improved interface between the sims and the host computer.

Around 2002, Reiser was asked if they could replicate a Typhoon fighter aircraft fuselage to train weapon loading. That led to producing full-scale maintenance trainers (including recently an NH90 NTH Sea Lion Maintenance Training Rig for training on both mechanical and avionics systems), and later cockpits for Eurofighter simulators. The core business was either the panels of a cockpit or entire cockpits, i.e. the human-machine interface.

“In 2015, we made a strategic decision that we would want to enter the flight simulator business as a manufacturer of the entire system and not as a supplier of components,” recalls Dr. Sperl.

Rather than the relatively easy path of commercial airline simulators, Reiser opted for the helicopter market. “Fixed wing is a very competitive market”, Dr. Sperl notes. “For the full-flight simulators of airliners, there is quite a straightforward line. Go to either Boeing and Airbus, put a pile of money on the table and purchase a flight model licence, and then everybody can make a flight simulator”.

However, helicopter OEMs are not inclined to sell their flight data, as “they all have their own training academies”, Dr. Sperl explains. “We said, okay, if we go into the flight simulator market for helicopters, we should be doing that flight model on our own to be independent and to be able to offer that to anybody. So we rented a helicopter from our launch customer, took the helicopter to flight testing, derived the raw data from that and transferred it into flight models of the fuselage, the engine, the aerodynamics, etc. So at the end, we were there on the market with a full-flight simulator for the H145, and we were able to reach the highest standard, Level D”.

Currently, Reiser offers FFSs for H125, H135, and H145 and other aircraft types, all with roll-on /roll-off capability as a standard.

According to Dr. Sperl, attracting talented employees is not difficult in the Bavarian region, which has been nicknamed “Space Valley” for the hundreds of aerospace companies in the region. Reiser currently has about 180 permanent staff, with another 40-60 available for surge projects.