The US Navy’s increased emphasis on simulation technologies to enhance its training capabilities is beginning to provide significant benefits. Chuck Weirauch updates.

Never before has a live-virtual-constructive (LVC) training framework connected so many participants around the globe in real-time as LSE 21 – 17 time zones, 25,000 players, 25 ships, operations centers at sea and ashore …testing the US Navy and Marine Corps’ new operating concepts for individual sailors and four-star admirals alike. The Large Scale Exercise was conducted August 3-15 via the Navy’s Continuous Training Environment.

One of the latest tools leading to the capability to perform such world-ranging training events is the Virtual Tactical Bridge Embarked Synthetic Radio (VTBeSR), developed by the Service’s Naval Air Warfare Center Training Systems Division (NAWCTSD). According to the Division’s Kent Gritton, Director of Special Projects and Live Virtual, Constructive Training Team Lead, the VTBeSR is a small component designed to be connected to a ship’s radio switchboard to convert shipboard radio communications into internet protocol. It is one of several components within the NAWCTSD-designed and developed Digital Radio Management System (DRMS) family of systems.

“The VTBeSR represents the most significant progress we have made in over-the-horizon Fleet Synthetic Training,” Gritton told MS&T. “This is a key technology for LVC training, enabling over-the-horizon communications for ships at sea with the shore-based training enterprise as a simulated radio circuit.”

“Historically, a ship would need to sail within line of sight of radio towers at a connected shore station in order to communicate in LVC training with virtual aircraft or queries to constructive threats,” Gritton added. “Being tethered to the DRMS towers limits the available exercise space and is an artificiality to the training scenario. VTBeSR removes this restriction, allowing the LOS radio circuits to be extended throughout the operating area, and wherever the ship has satellite coverage.” 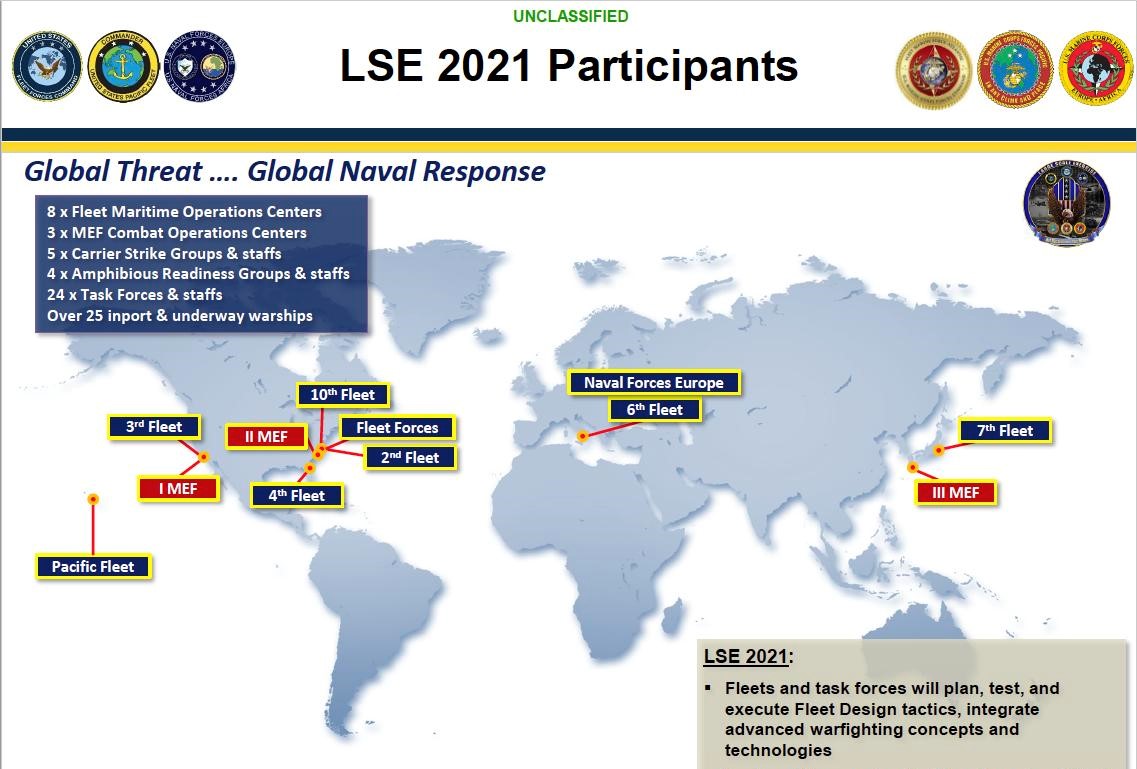 NAWCTSD is the Acquisition Agent for the Navy’s Ready Relevant Learning (RRL) component of the Service’s Sailor 2025 initiative to transform and modernize its learning infrastructure, as well as courseware content and delivery efforts. As part of its own efforts to restructure and modernize its operations, NAWCTSD recently added its own RRL Learning Systems Program Manager position.

Courseware modernization often involves the conversion of traditional and Powerpoint courseware content into that which incorporates online simulation-based technologies and newer learning methodologies. However, in some cases, it may be decided that the existing content and delivery methods may be just as effective.

According to Capt. Robert Gallagher, NAWCTSD Training Systems Program Manager, significant progress continues to be made in the effort of RRL to meet its goal to “deliver the right training at the right time, in the right manner, so that sailors are ready to operate and maintain their equipment at the extreme technical end of its capability to control the high end of maritime conflict.”

Gallagher cited FY21 as representing a year of significant accomplishments for the RRL effort. The Navy has fielded modernized accession training for three ratings and one rating with updated modernized training, including Personnel Specialist (PS), Yeoman (YN), and Yeoman (Submarine) (YNS). Also completed were the Requirements Development for four ratings, Content Conversion for another four ratings, and Content Conversion for yet another six ratings/courses.

“The RRL Requirements Development process incorporates recommended changes to content, methods, and timing of delivery vetted through teams of senior training specialists and Fleet Subject Matter Experts,” Gallagher explained. “This process ensures that requirements are grounded in real-world, fleet-required work. Recommendations from these teams are then evaluated by the relevant learning center and the lead Type Commander (TYCOM) to ensure that recommended changes are coupled with science-of-learning principles and real-world job and duty requirements in the fleet. Through this analysis, teams recommend preserving current approaches to training where it makes sense and recommend new approaches to training where changes and/or updates are necessary.”

The Navy has placed a major emphasis on the employment of simulation technologies for Mariner Skills training, with the effort ongoing since 2017. More recently, according to Paul Honold, Director of Surface and Undersea Programs, NAWCTSD is currently executing a contract with General Dynamics Information Technology (GDIT) that will deliver new Navigation Seamanship Shiphandling Trainers (NSSTs) to multiple sites, including Mayport, San Diego, and Sasebo (Japan) within the next year. These new systems include additional capabilities that were identified because of the comprehensive review. NAWCTSD also recently delivered Conning Officer Virtual Environment (COVE) III trainers to the Mariner Skills Training Centers in Norfolk and San Diego to support Basic Division Officer Courses.

To further the emphasis on such training, at the 2021 Training & Simulation Industry Symposium (TSIS) this June, NAWCTSD cited the RFP for a new five-year, $180 million Navigation Seamanship Shiphandling Trainer (NSST) IDIQ contract. However, at press time, Honold told MS&T that the final RFP, originally scheduled for release in September, is now scheduled for the 2nd quarter of FY22. He said that additional details and requirements documents will be released to potential offerors prior to the release of the final RFP.

Simulation is also expected to play a significant role for the navigation training programs for the Navy’s newest ship, the Constellation-class FFG-62 frigate. According to Honold, NAWCTSD is currently working with the Navy’s Frigate Program Office (PMS 515) on front-end analysis efforts and acquisition planning for the Constellation Class under the FFG-62 NSST contract announced at TSIS 2021. The analysis will result in plans for acquiring specific training curriculum and training devices, he reported.

Depending on the front-end analysis and the budget, these devices are expected to be new NSSTs that would provide training for the Bridge/Command Information Center (CIC) Team; the Bridge Watchstander; Senior Navigation Officer of the Deck (OOD) and the Radar Navigation Team. The RFP for the FFG-62 contract is projected to be released in the first quarter of FY24, with the contract award in the fourth quarter of FY24. This work would be conducted under the broader scope of the new IDIQ contract. 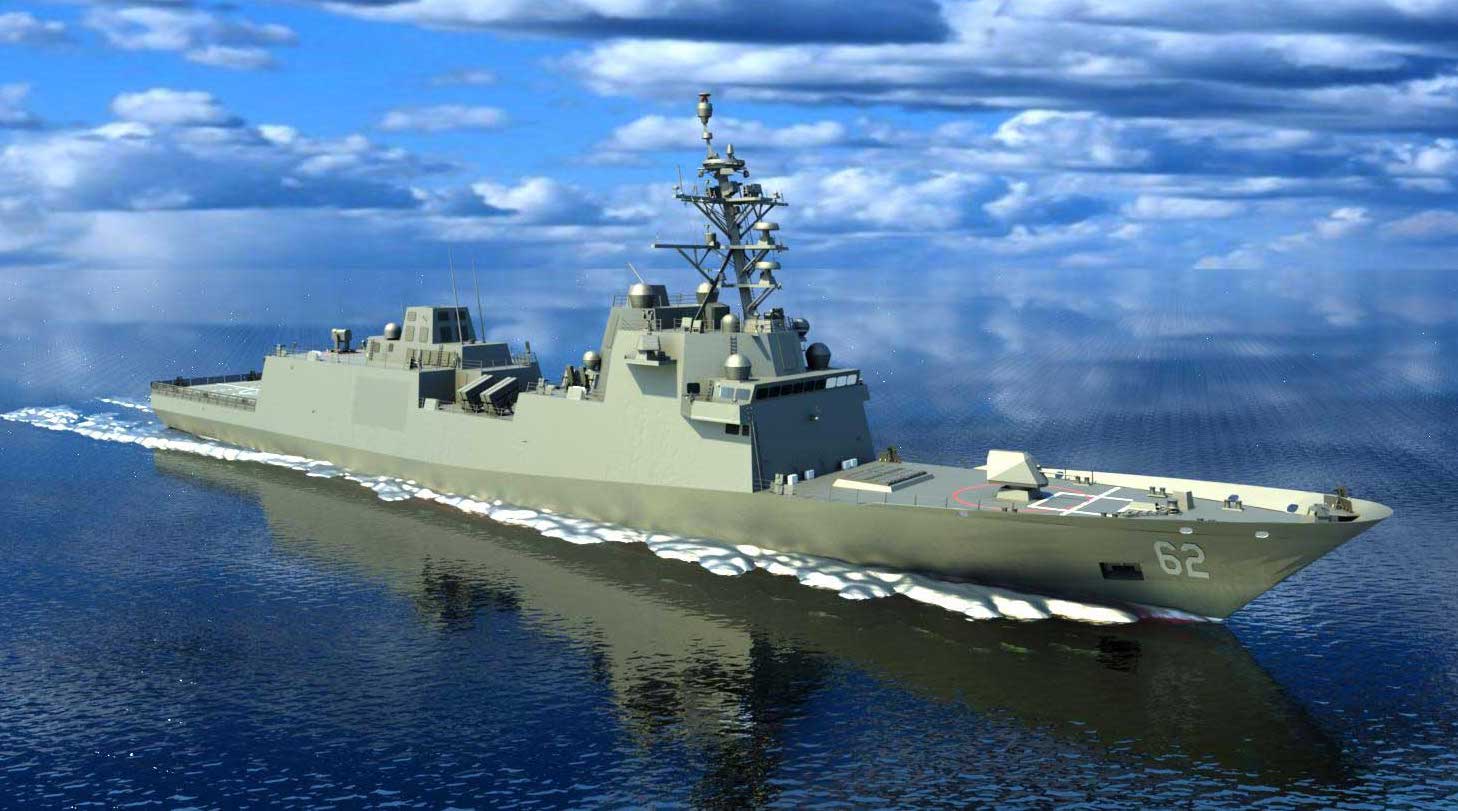 With the recent transfer of the F-35 Training Systems and Simulation Program Management Office (TSS PMO) Deputy Program Manager position from Arlington, Virginia to NAWCTSD in Orlando, the training command will be furthering its simulation-based aviation training capabilities. According to Capt. Robert Betts, Deputy Program Manager, F-35 Training Systems and Simulation, his office is always looking for more efficient and effective ways of training F-35 pilots and maintainers, and the move to Orlando is expected to facilitate that goal. The US Navy and Marine Corps fly F-35B and F-35C variants.

“To that end, we are evaluating a new configuration for our F-35 Mission Rehearsal Trainer (MRT) that would cost less and have a smaller footprint in order to increase our training device numbers at operational F-35 locations,” Betts said. “This new configuration is targeted at tactical-level F-35 training in support of senior F-35 pilots’ advanced training requirements.”

Along with meeting the challenges of developing and acquiring new and innovative means to support Navy training over the past year, NAWCTSD has “done an amazing job” of keeping the mission of the Command on-task throughout the pandemic, said NAWCTSD Commanding Officer Capt. Daniel Covelli. He was installed as Commander in July.

“The team is in the midst of a massive culture shift where it is now the norm to have a large portion of our team working remotely. It is a huge change, but we are getting the job done. As we plan for a post-pandemic work environment, many of the lessons learned as a remote workforce may help us manage future requirements.”

One example Covelli cited is a concept where some people work from home part of the time, and only come into the office when it is required to complete the mission. When coming into the office, they will occupy “hoteling” spaces, which are standard workspaces with everything they need for a typical day in the office, he described.

“With a portion of the workforce no longer needing their own dedicated workspace, we will free up space in our facility for more labs and collaborative work areas,” Covelli summarized.”

Halldale prides itself on impartial and accurate reporting through global news, stories and editorial articles, bringing the global safety training community together in a shared network of information, best practice and thinking.  We have no shareholders, and no vested interests, just passion and determination to deliver knowledge and information.  Most of our stories are provided free, for everyone!

Please consider making a donation to continue to fund great reporting, either as a one off, or with a regular donation.  Thank you!