Amidst the current chaos of the global airline scene, are young people still interested in becoming airline pilots? The Airline Pilot Club has grown from 800 to 8,800 members in less than a year, as they raise the training standards for pre-selection and ATO quality. CAT Editor Rick Adams outlines their concept.

In the regulatory world, all flight schools fall into one of two categories – they are either an Approved Training Organisation (ATO) via the European Union Aviation Safety Agency (EASA), US Federal Aviation Administration (FAA), or some other aviation authority; or they are not approved. There is no distinction made, by the regulators, between the various ATOs on the authorized lists.

Frankly, many regulatory agencies are stretched thin and lack the resources and expertise to delve beyond a basic pass/fail determination.

In the real world, there is a great deal of difference between ATOs – from the very good to the marginally adequate.

In the airline world, one of the premier ways for determining the quality of a carrier’s operations is the IOSA program – the IATA Operational Safety Audit. The IOSA Registry is a global benchmark with more than 400 airlines voluntarily submitting to an evaluation system designed to assess their operational management and control systems. The all-accident rate for airlines on the Registry for the past five years (2017-2021) was nearly three times better than non-IOSA airlines.

Now there is an IOSA-like audit process available for ATOs to help determine whether they meet a higher standard than the NAA baseline. Known as the Airline Pilot Club, led by former Ryanair Head of Training Andy O’Shea and  Petter Hornfeldt, a 20-year pilot and TRI/TRE with Ryanair, APC calls itself “a community of aspiring pilots, newly qualified pilots, flying schools and airlines”.

APC is designed to help guide young people who aspire to become airline pilots (and their parents who fund their training) to first determine – through an aptitude assessment – whether the candidate has the proverbial right stuff to become a competent pilot, and then help direct successful assesses to a higher-quality flight school to improve their chances of getting an airline job.

O’Shea, who for 18 years was on the receiving end of flight school graduates wanting Ryanair jobs, has long lamented that the pass rate is “around 60 percent”. This means that 4 of every 10 who receive a new pilot’s licence are not up to airline standards. “Not everyone has the attributes to develop airline pilot competencies”, O’Shea observes.

The APC aptitude assessment advises the candidate whether he should pursue flight training or not waste his/her money.

The second major benefit of APC membership is to steer the individual aspirant toward a quality-audited flight school that will get them started building their skills and competencies toward a pilot career.

ATOs who want to become APC Partners undergo a documented quality assurance process of their operation: management system, instructor training and standards, and theoretical and practical training perspectives. APC uses a group of specialist subject experts, compared with NAAs who may have only one examiner for everything.

“It’s a whole group of SMEs for the greater good. It’s a really good idea,” said Lee Woodward, CEO at Skyborne Aviation Academy, which trains 120 cadets a year in Gloucestershire, UK and their new US campus in Vero Beach, Florida.

“They have experts in each area of the training organisation. They looked at everything we do,” Capt. Michele Marano told CAT. Marano is Safety and Compliance Manager for Aviomar Flight Academy in Rome, Italy. “It is more intense than what the CAAs do. APC gets into many aspects beyond mere compliance.” 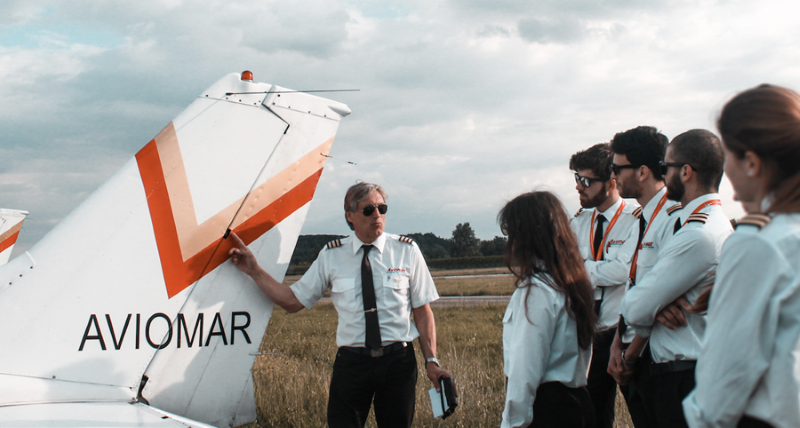 Aviomar's Capt. Michele Marano says, "Assessments help us to know before a student starts training if he has a chance to pass the course." Image credit: Aviomar.

The APC ATO evaluation issues a report with recommendations, which the ATO agrees to address within a certain timeframe. The evaluation is reviewed after one year and will be repeated every two years thereafter using a risk-based re-validation process, much like the recently upgraded IOSA.

“We don’t just throw the report at the ATO; we work with them,” O’Shea explained.

“It is a useful experience because of the advice,” said Petros Tsaktanis, Managing Director at Global Aviation, a flight school celebrating 25 years, located west of Athens, Greece. “There were things we didn’t know that the airlines are looking for.”

“We need to do this to step forward,” said Stefano Buratti, owner of Aero Locarno in the southern section of Switzerland.

There are currently nine ATO Partners which have been through the APC evaluation process:

O’Shea told us: “We have three more ATOs in the review process with another three close to agreeing to enter the process.” He said APC can currently evaluate about 12 candidate ATOs per year.

“We’re trying to recognize ATOs that go the extra mile. They are embracing the message of quality, a higher level. They have an appetite for improvement,” he added. “They are demonstrably and repetitively very good." 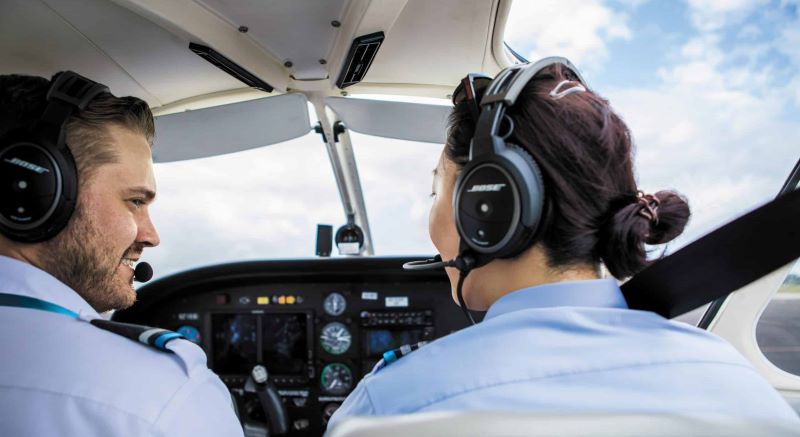 O’Shea worked with more than a dozen ATOs during his 18 years at Ryanair. “Not all flying schools are the same. A lot of them out there are not really making the effort."

APC has a broad range of non-ATO partners as well, ranging from financial services firm Aon to assessment company Symbiotics to Green Africa, Pilot Peer Support, Munster Technological University, the Royal Aeronautical Society, and many others.

A lot of the early momentum for enrolling ATOs is the involvement of O’Shea, who was also the first chairman of the Airline Training Policy Group (ATPG), an independent cadre of subject experts who help to advise EASA, unofficially, on near-term issues and long-term strategies for flight training.

“We know the guy. We have absolute trust in him,” declared Global’s Tsaktanis.

“It’s excellent,” said Skyborne’s Woodward. “It’s what you would expect of Andy O’Shea. He’s a champion of really top-flight schools that go above and beyond."