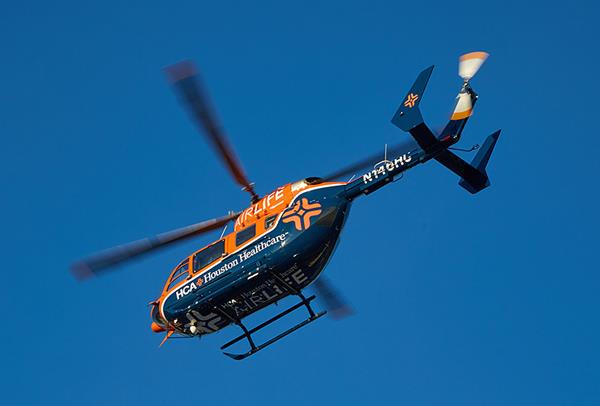 HCA Houston Healthcare’s new AIRLife helicopters will operate 24/7, staffed with highly trained flight nurses, paramedics and skilled pilots. The first AIRLife helicopter will be based at The Woman’s Hospital of Texas.  A second helicopter will be based at HCA Houston Healthcare Conroe. Both will have a range of approximately 120 miles and will respond to assist at 911 calls as well as transfer adult and pediatric patients from other hospitals in need of a higher level of care.

The second EMS program, HCA Houston Healthcare’s mobile simulation ambulance, is a dynamic, next-generation EMS training center and portable classroom on wheels. The “simbulance” will be equipped with adult, child and infant mannequins capable of simulating a wide variety of trauma and medical emergencies, including airway blockages, pediatric seizures, newborn resuscitation, breech deliveries and other high-risk cases, particularly those rarely encountered in the field.

HCA Houston Healthcare’s mobile simulation ambulance houses three remote-controlled cameras, wireless microphones and a large flat-screen monitor for peer observation outside the ambulance. As a mobile training center, it can be set up at any Houston-area EMS facility, unlike current simulation ambulances located in fixed locations.

“With this unit, paramedics can train on cases they don’t see everyday without leaving their station,” Sims adds. “That’s a huge plus, particularly for smaller departments in outlying areas.”

While a handful of EMS departments may have a single adult or pediatric mannequin, he says they lack a “family” of programmed mannequins representing every age range. Sims says several departments have already booked the simulation ambulance for their paramedics.